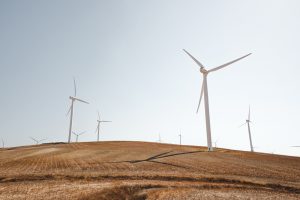 Development plans for Rooney Valley were approved by Lakewood City Council and the Morrison Town Board early in February.  The approval set the plans for one of the last large open sections of land running along C-470.  While no public disapproval was expressed in Morrison, Lakewood residents brought up concerns to the council.

Many Lakewood residents were concerned about what impact the development would have on the environment.  Also, view sheds were a point of concern for many.  While amendments were made to address these concerns, councilmen Charley Able still opposed it.  “Different doesn’t necessarily mean better,” Mr. Able said.  “Because this is not as bad as the previous plan is not a reason to vote for it.”

The updates to the plan that were amended included preserving views.  The minimum space allotted for wildlife was expanded from Dakota Hogback to Pikes Peak, as well as a limitation on how many dwellings per acre could be built.  But, according to Morrison’s town planner Carrie McCool, that wasn’t the largest change.  That was what is being called the neighborhood node.

“It basically sets forth at key intersections and areas of the valley that are for more mixed  uses  located within walking distance from maybe lower-density residential areas  including  ground floor commercial with maybe residential on top,” McCool said.

The plan, known as Plan Rooney Valley, outlines the standards for commercial and residential development.  However, this doesn’t just apply to the two counties.  Developers will also have to conform to these standards in order for their plans to be approved.  This is one reason why councilwoman Dana Gutwein voted to approve the plan.  “The sign that you drive in and see is ‘Building an inclusive community,’ and I believe this plan is not a less-bad plan or whatever, I think it’s a good plan.”  Morrison’s mayor Sean Forey shared a similar position.  He found the new plan to be a replacement of “a very bad plan.”

Morrison’s position has been focused on commercial development in their section of the valley.  So, with the amendments and updates, town board member Brewster Caesar began to feel their position was starting to shift.  “If it’s going to be developed I would like to see Lakewood be the one to get the homes, I want the residences in Lakewood,” Caesar said.

A full draft of Plan Rooney Valley can be viewed by anyone looking for more details on Lakewood’s official website.