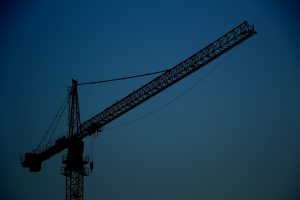 The Boulder Community Hospital (BCH) at Foothills will be getting a major expansion very soon. Early in October the City Planning Board approved Boulder Community Health’s plan. This expansion will add new facilities just east of the current campus in the Riverbend office park.

The plans are for two major structures to be constructed during the expansion. The first will be a 76,000 square foot medical building. This building will be used for services such as inpatient and outpatient behavioral health, as well as inpatient rehabilitation. Once the expansion is complete, they will begin providing inpatient care first. Only when that is complete will outpatient care will be provided. At the current time, both of these services are done out of the hospital’s Broadway campus. With this transfer of service location, the city will assume ownership of the Broadway campus by the end of 2017. The second major expansion will be a new parking structure according to the plan. The five story parking garage, able to hold close to 500 vehicles, is a direct response to a shortcoming reported by current hospital officials. The garage is designed for possible future.

This expansion is just one part of a 10 year improvement plan BCH. David Ghent, the CEO of BCH, stated that they “ developed a 10-year action plan of operational improvements and changes that are designed to keep BCH the premier provider of health care services in Boulder County.” The expansion project will help accomplish this by consolidating medical services and create newer facilities.

Commenting on the expansion in its entirety, the board chairman John Gerstle and his colleagues said it is a project they are “very supportive” of. “I think for (BCH), it’s quite clear there’s insufficient parking presently available in the new hospital area there, and this will deal with that issue,” Gerstle said, “and the building which will contain…the facilities presently in the old  hospital on Broadway — they need a place to move to once the city takes over. This will be where they wind up, which is an efficiency location, given the nearness to the other hospital facilities and emergency room. So I think people recognize that this makes sense.”

Being a non-profit facility, BCH plans to pay for this expansion in a few ways. The first will be through existing savings, and fundraising. Another source of funding is through issuing bonds. Its A-ranking as a non-profit makes these bonds very appealing to investors.