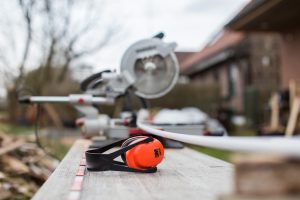 The Business Economic Outlook at CU Boulder predicts that Colorado’s economy will continue to grow through 2017.  Construction, tourism, and healthcare are anticipated to be the main drivers of the expected 64,000 new jobs in Colorado in the coming year.  Expected 2017 growth of 2.4 percent exceeds the 2.2 percent seen in 2016.

Colorado is likely to remain within the top 10 states for job growth, a position Colorado has held for the last 6 years.  The population is also on the rise because of the new jobs.  In fact, Colorado is predicted to become the second fastest growing population in the country this year.

Richard Wobbekind, an economist at Leeds school of Business at CU Boulder, commented on the matter.  “The growth will be across every sector except natural resources and mining and again will support the strongest period of employment growth that we’ve had since the 1990s.”  Wobbekind stated that workers in the mining sector are able to find other jobs opening up.

The construction sector is expected to see the largest increase in jobs.  Approximately 9,000 jobs are expected with more single family home construction predicted.  That would be a 5.7 percent increase over 2016.  Voters passed a large number of bonds which will fund many projects, creating the demand for jobs.

Leisure and hospitality is expected to be second to construction in growth.  This sector is estimated to increase by over 12,000 jobs, or 3.7 percent.  Health and education look to see the least growth with an increase of over 10,000 jobs is expected.  However, farmers are likely to see continued difficulty in the coming year.  A combination of weather, drought, and commodity prices predict further decrease in farmer income.  Agriculture annual income decreased from $850 million to $444 million statewide between 2014 and 2016.  Income is predicted to fall to $392 million in 2017.