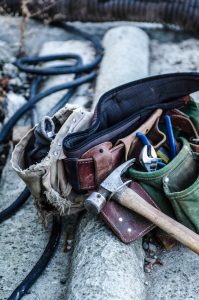 Those looking to buy or sell a home soon should be aware of the trends in the Denver and Boulder markets.  Homes are being bought and sold, but completing a sale is taking longer.   The reason for this change, according to the Denver Metro Association of Realtors (DMAR), is a widespread shortage of appraisers.  The chairman of DMAR, Anthony Rael explained these delays “as a direct result of an appraiser shortage we’ve been talking about the past several months.”

One major concern of the appraiser shortage is the exorbitant costs  the limited pool of appraisers are charging buyers.  In many cases buyers were required to pay over $1,000 to get appraised.  In Anthony Rael’s report he cited an instance where one buyer had to pay $3,000 because appraisers were so overbooked. This was a rare case in which the seller was in a pinch to get appraised before deadlines.  It is a good example of how costly the shortage can be.  The other concern is the risk to the contract as buyers usually incur transaction costs in advance of the appraisal.  Failure to perform appraisal by the deadline is one of the few ways sellers can terminate a contract to buy/sell real estate.

The effects go even further than just monetary costs.  The time it took for homes to be purchased with a conventional loan increased over 10% to 43 days.  The time it takes to purchase with a Veteran Administration (VA) loans, which went up over 25% to 49 days.  Cash transactions saw almost no change at all from the previous year.

Whether looking to buy or sell, the lack of available appraisers is likely to draw out the time it will take to close a sale.