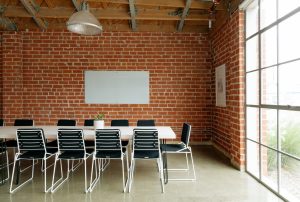 The opportunity presented by the 20 acres of vacant government land is a subject of great debate.  The issue was shelved in October to reconsider proposals.  On one hand, there are those who wish for the space to be used for new affordable housing.  While on the other, many also want it to remain an open space.  But, before any decision can be made, a plan must go through four separate government bodies.   They are the county Planning Commission, the Board of County Commissioners, the Boulder Planning Board and the Boulder City Council.

However, on the other side of the issue is Dave Rechberger.  Rechberger’s organization is arguing to keep the 20 acres of land as open space.  He believes that the property should be viewed as two 10 acre spaces, and treated separately.  His group has legal objections to the plans put forth.  One of which claims the school system would violate state law by using the space for a school or public use.  Rechberger’s Twin Lakes Action Group is “ready, willing and able to fight this in a court of law.”

After a four and a half hour long meeting on January 18th, a vote was taken.   Over 75 people were registered to come in and speak about the issue, with 62 appearing.   These citizens are concerned members of the community taking the opportunity to speak up.  Both sides of the issue were given voice for the commissioners to hear before voting.  In a 4-3 split, with two members of the Planning Commission absent, the land was designated for medium density housing.

It won’t be until February 15th that the Commission votes on possible changes to the current plan.    Unlike January’s meeting, all 9 commissioners will be present. .   Whatever plan is agreed upon in February will then be taken to the county commissioners.  From there, the issue will presented to a public hearing held by the Boulder Planning Board and Boulder City Council.  Only after going through all four government bodies will any plan for this land be accepted.