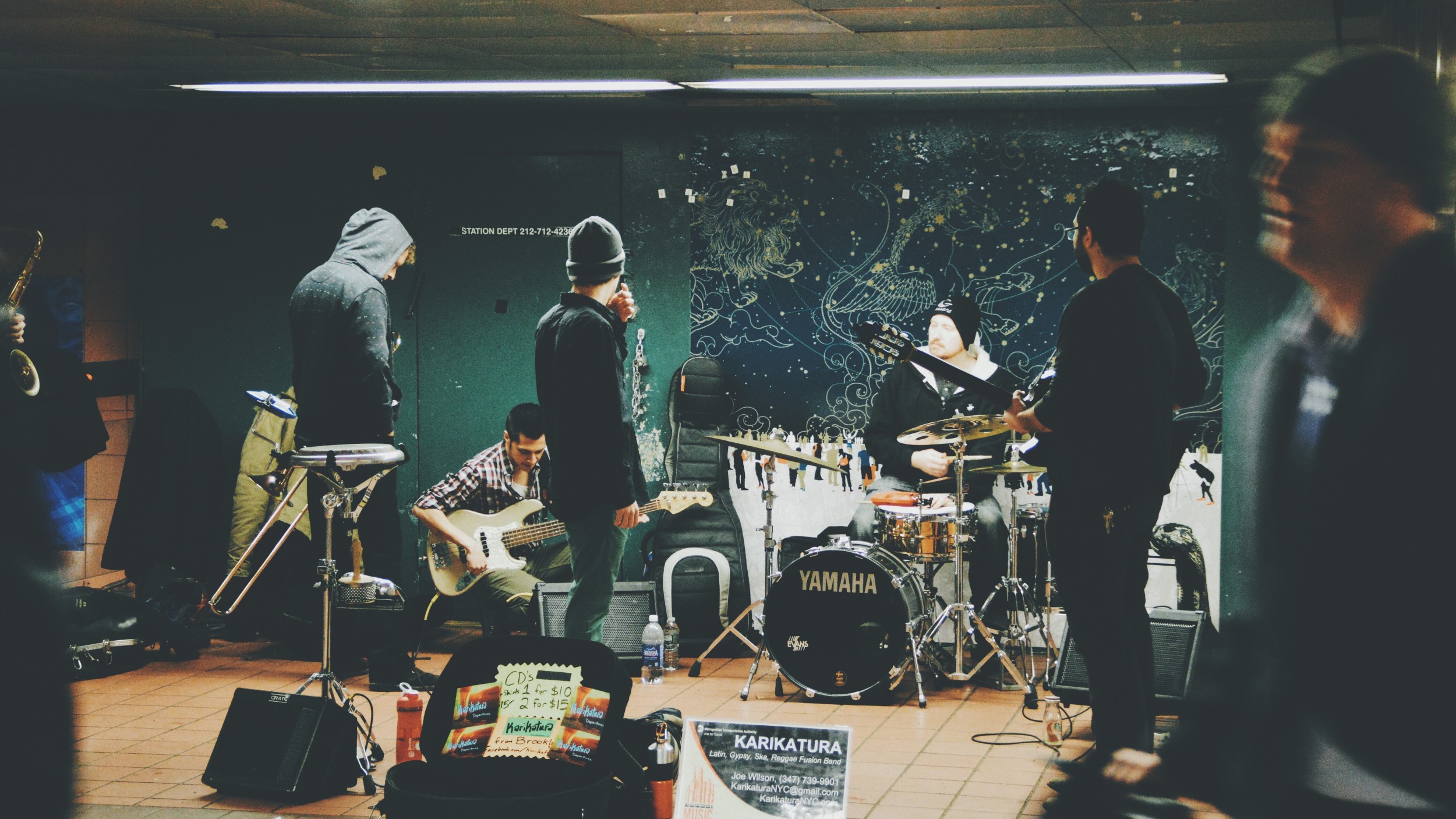 As this year’s kickoff to the 60th annual Colorado Shakespeare Festival, CU Boulder is putting on a performance of “The Taming of the Shrew”.  Opening on the 11th, this classic comedy takes place in New York during the 1940’s, following Kate, a world war 2 pilot just returned home.  She’s paired up with Petrucio, but the two end up in a hilarious battle of wits and night time dancing that eventually leads to a deeper understanding of each other.  Tickets for these events are on sale for $20, and patrons are also able to pre-order dinner to enjoy during the show from Boulder’s Savory Cuisines.

All month long, the Tebo Train is running down Pearl Street Mall.  Monday through Thursday, kids 10 and under, along with their parents, can enjoy a comfortable ride through the outdoor mall in a miniature train right out of a picture book.  The train is already making rounds, and is scheduled to go all the way through August, so there’s plenty of time to make it down and catch a ride.  The train departs and arrives right in front of Wells Fargo Bank.  Make sure to get there on time, as the last train of each day departs at 11:15AM.

The 14th of this month will be the second week of the annual Band on the Bricks in downtown Boulder.  This 10 week long outdoor concert event is a special tradition that few places besides Boulder can claim to have.  The variety of music is wide, and gives the public a great taste of what the local musicians have to offer.  Plus, local breweries also come out to contribute to the beer, wine, and margarita garden that opens at 5:30.  This year marks the 20th anniversary of the event, with the final day landing on the 40th anniversary of the Pearl Street Mall, so the lineup is poised to be one of the best.  Everyone’s free to attend and enjoy the music, but of course drinks and food will be charged. 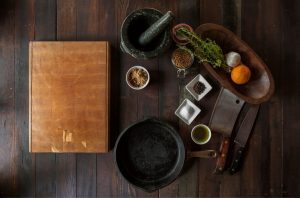 It might be hard to believe March is already here, but with so many events coming up there’s no time to look back.  This month is packed with events for the entire family to enjoy.  Or, if it’s a more mature crowd looking for entertainment, there’s still plenty of choices.  Here’s a breakdown of 5 events that should have something for all audiences.

On March 14th at 7:30pm, the Boulder Bookstore is hosting author Daniel Pinchbeck to speak about his book.  Titled “How Soon is Now?” his book looks at what he calls an ecological mega-crises on Earth.  Actions taken now may determine what kind of world and lives future generations have.  Pinchbeck, a futurist and philosopher, wrote his book as a social guide to avoid this crises.  It covers subjects ranging from agriculture, energy, and ideology.  Vouchers cost just $5, but are also good for $5 off the author’s book or other item bought that day.

The people of Boulder are known for, among many things, their love of supporting fellow locals.  In celebration of that, the Seeds Library Cafe is hosting an event called Dinner On the Bridge.  Providing food from local farmers and artisans, a five course meal is created by some of Boulder’s top chefs.  And, if that wasn’t enough, live music and a complementary cocktail are provided to attendees.  At just $50 per ticket, it’s a steal for the quality of food on offer.

The Five “Mother Sauces” Cooking Class on March 28th will teach what the basis is for all great sauces.  Hosted at the Food Lab from 6-9pm for $79 per person, this class is the perfect first step for learning how to make any classic sauce on your own.  The five mother sauces being taught are Bechamel, Espagnole, Hollandaise, Tomato and Veloute.  Because this class is sauce focused, a proper meal isn’t going to be made.  However, the amount of tasting and snacking is sure to be enough to fill anyone up.

Matisyahu’s “Release the Bound Freedom Tour” continues at Boulder Theater March 19th.  The show will feature music from his newly released album, “Release The Bound via Thirty Tigers”.  This long awaited collaboration with The Polish Ambassador and Salt Cathedral, hasn’t been performed live until this month.  His previous songs, such as “King Without A Crown”, have reached the number 1 spot on alternative rock charts.  And, his follow up album was even nominated for a Grammy.  At just $25 a ticket, this all ages show is certain to be the most unique of the month.
The Boulder Dinner Theater Academy is putting on another musical aimed at kids and their families.  This comedic take on Jack and the Beanstalk will be performed from March 16 through the 27th for just $8 a ticket.  The story focuses on a forgetful boy named Jack who sells his family’s cow for beans instead of food.  This drives his mother mad, but all is well when Jack makes friends with a giant.  Teaching morals about unlikely friends and patience, this play brings the audience in to participate in the performance throughout.

Why not make your 2017 resolution to enjoy more of the events Boulder has to offer.  January is shaping up to be a great month to make your resolution a reality. Let’s take a look at some events kicking off 2017.

The alternative rock group Chevelle will be performing at the Boulder Theater.  Chavelle has nearly 2 decades of experience and a newly released album.  Opening for the band is Black Map and Dinosaur Pile Up.  The event is for all ages, but kids 15 and under will need a parent with them.  The tickets are tightly priced at $27.50-$30 and are sure to sell out fast.

Puzzah! at the Flatiron Mall: All January Long – Escape Room

Escape rooms have been growing in popularity for the past few years all across the country.  A unique puzzle experience where groups of 2-6 must solve puzzles as a team in 60 minutes.  Puzzah! Is a Colorado based company creating unique puzzle rooms for teams to solve.  All through January they are running the Specimen rooms, based on escaping an alien ship.  At $25 per person, it is a great afternoon with friends and family for a fun team building experience like no other.  In addition, there are 2 escape rooms in Boulder if you’d prefer to stay in Boulder.

A collection of Dr. Seuss’s most loved characters come together in this original musical.  A young child, Jojo, brings all these characters together in a lighthearted musical.  Familiar characters such as The Cat in the Hat, Horton, and the Whos are just a few of Seuss’ creations to appear.  The music spans a wide range of genres, from Pop, to Latin and Funk.  All the charm of the original stories make this a great show for all ages.  The show will play at the Jester Theatre every Thursday, Friday, and Sunday in January.  Tickets range from just $7.50-$15 so there’s no reason to miss this great family outing.

Boulder’s events this coming November are sure have something to please everyone.  From music, sports gatherings, book talks, and family painting, there’s no reason not to go out and enjoy Boulder.

Every Friday night before a CU Buff Football home game is kicked off by the Pearl Street Stampede. Over the last 10 years Pearl Street has been filled with fans decorated in Buffs gear to watch the Golden Buffalo Marching Band perform across the mall. Members of the football team, and the coaching staff, also appear at the event to cheer and celebrate with all the fans.  The Stampede is a culmination of the University, Downtown Boulder, local businesses, and fans coming together to celebrate the team.

If you’re looking for an activity the entire family can enjoy together, why not give the Family Day Paint a try.  Hosted at Poshsplat on the 20th and 27th from 2-4pm, families are given instruction by a local artist on how to create your own works of art.  The cost is $30 per adult and $10 per child and here’s no experience, materials, or cleanup required.

The Boulder Theater is giving local winter sport fans 4 chances to see Warren Miller’s newest film “Here There & Everywhere”.  Miller captures many professional skiers hitting breathtaking slopes across Alaska, Montana, Greenland, Switzerland, and more.  This is an event for all ages, with tickets going for $22.50 on the day, but cheaper if bought in advance or for groups.  Ticket holders will also receive a coupon for the skiing that the film is sure to inspire. This includes a 2-1 lift ticket to Crested Butte, Monarch, and Loveland.

Double platinum local rock artist The Fray is having a homecoming at The Fox on November 25th. Sharing the stage with American Authors, this is set to be one of the biggest events of the month.  Tickets start at $70 for general admission.  They will also be playing in Broomfield the 27th with lower ticker prices available.

Leonard David will be speaking about his book Mars: Our Future on the Red Planet at the Boulder Bookstore this November 16th at 7:30pm.  The book is a companion work to an upcoming National Geographic series.   That series will examine the possibilities of what it will be like sending the first humans to mars.  Leonard’s book discusses the science of the mission and all the difficulties standing between us and the red planet.  Vouchers for the event cost $5 andare good for either $5 off the featured book or a the day of the event.